THE INTERSECTION OF CYBER and physical security is a critical consideration for banks with brick and mortar buildings, who also off er many of their services to customers online. To protect these assets, fi nancial institutions have increased their information technology security spending by 67 percent since 2013, according to a recent survey by PricewaterhouseCoopers.

Zions Bancorporation is one such institution that has taken steps to converge its physical and cybersecurity systems to protect its customers and assets, which total approximately $60 billion. One of its affi liates, Nevada State Bank, recently upgraded its access control system to provide enhanced security, as well as convenience, for its workers. To workers at Nevada State Bank, the old system of physical keys and hard locks was both a security concern and a nuisance. For example, an employee was at the park playing with her child when someone broke into her car. Along with the employee’s purse, the robber got away with a physical key to the bank’s branch where she worked. She made a phone call to corporate security, and the entire building had to be rekeyed that weekend.

“To rekey all the locks and replace keys could cost $3,000–or it could be even more costly if it’s a master key that’s lost,” says Bob Shandle, regional security officer for Zions Bancorporation. He adds that when employees lose their keys, “it almost always happens over the weekend,” an inconvenience to the security staff . Replacing physical keys with cards was one of the biggest advantages to upgrading access control at three Nevada State Bank branches, says Shandle, who introduced new security cameras and alarm systems as well. “Card access is just a small part of the big picture of what we’re trying to accomplish” in terms of security, he notes.

Zions worked with an integrator to find the best choice for an access control platform for the bank. In March 2015, it chose Sielox Pinnacle, the soft ware that serves as the hub for the overall access control system. Sielox 1700 Network Controllers are used to support card readers installed at door locations, including hardwired doors located in the branch’s vault.

At the majority of its entryways, the bank fi rst chose Allegion AD-400 wireless locks that integrated with the Sielox system. Because the locks are large and require drilling holes for installation, the AD-400 locks were functional but not ideal. In March 2016, Shandle purchased Schlage NDE locks, which have a smaller form factor and are more affordable. Both Schlage and Allegion are owned by manufacturer Ingersoll Rand, so the microchips inside employee access cards did not change. The cards were simply updated through the Pinnacle soft ware.

“The NDE lock requires no special modifications to the door. It goes right on top of where your old lock used to be,” Shandle explains. This is especially useful given the “bandit barriers,” or bulletproof glass walls, that run throughout the branch to protect tellers from potential shooters. With a wired system, “you’d basically have to disassemble the entire door area” for installation, Shandle says. “With the NDE lock I was able to get the mount right on top of that heavy-duty Plexiglas, and it worked really well.”

He adds that the locks resulted in a “huge cost savings,” and says the price of the wireless access control system was roughly one-third the cost of a hardwired one. Commissioning the lock to work with existing cards was also fairly seamless. Using a smartphone and tablet app from Allegion that integrates with the Sielox soft ware, administrators create a username and password, and then link the wireless locks to Pinnacle. This enables the chips in the card to work with the control boards in the door readers. “Sielox is the only access controller provider in the market that seamlessly integrates the NDE locks from Allegion, so it really did work out well,” he adds.

The lock requires no special modifi cations to the door.

In addition, someone at the bank is responsible for going through the card access database every day to ensure that it reflects employees who have been terminated, are on temporary leave, or have returned from leave. Changes can be managed within the Sielox Pinnacle online Web portal. Additionally, all actions are recorded and reported on every card, so security personnel can track activity and spot abnormalities in the log files.

Vendors who spend an extended period of time at a branch are assigned a bank employee who is responsible for their access card. “That supervisor or person from the bank would have to request the card in writing from us, and then we would issue it on a temporary basis,” he says. The assigned person from the bank is responsible for eventually getting the card back to security.

Currently three Nevada State Bank branches have card access throughout the building, as well as the central vault. Eventually Shandle says they hope to implement the system organization-wide. “We are trying to consolidate all of the branches under the Sielox Pinnacle card access system and eliminate the need for employees to carry keys altogether,” he notes.

The biggest concern with wireless access control readers is battery life, Shandle says, so Pinnacle has an application that tells security how long until the batteries on individual door readers are exhausted. And there is a small time-delay between putting the card up to the reader and when the door unlocks.

“When it comes to presenting your credentials, the readers don’t always respond immediately like the hardwired ones do,” he notes.

However, these concerns are outweighed by the convenience of the overall system. A key can be disabled within
minutes, no longer requiring an expensive and timely rekeying of the building. “It costs about $5, and I can have a key card removed from the system in a number of seconds,” Shandle says. “Even if you lose it on a Friday night, we can have that card disabled, so that the missing fob that grants access to our branch doesn’t work anymore.” 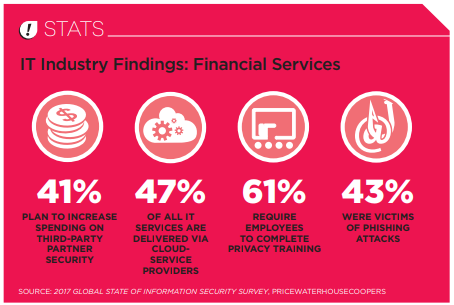 About the Author: Admin